TheWeeklyCore: Bethesda and Ubisoft at E3 2017

It’s day three and four of E3 2017. Bethesda and Ubisoft showed us their gaming goodies—including new updates to Fallout and Skyrim; the latest on not one, but TWO new South Park games; and a further chapter for Dishonored 2.

But the biggest announcements were the unveiling of the new Wolfenstein, The Evil Within 2, Mario + Rabbids: Kingdom Battle; as well as a new pirate game from Ubisoft. And finally (finnnnnaaaalllllyyyy) the next saga for Beyond Good and Evil (and only 15 years later).

Join Tyrone as he dives into these games and more on this episode of theweeklycore.

Listen, Enjoy, and Game On!

Or tap the icon below to listen to it in the Apple Podcasts app on your iPhone and iPad (and don’t forget to hit that Subscribe button)! 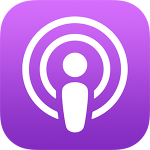