Apple announces HomePod to take on Amazon and Google (and Sonos)

Apple concluded their annual developer’s conference today by announcing their newest (and long-awaited) product aimed at taking on home assistants like Amazon Echo and Google Home, as well as speaker makers like Sonos.

HomePod is Apple’s re-entry into speakers (anyone remember Apple Hi-Fi?). And it’s aimed to not only be an incredible music experience in the home but double as a smart-home assistant—with Siri at the helm. At its core, HomePod “combines Apple-engineered audio technology and advanced software to deliver the highest-fidelity sound throughout the room” no matter where you place it. And Apple reiterated this onstage by saying that any home speaker needed to do three things:

• First, it “needs to rock the house.”
• Second, it needs “spatial awareness” so it can understand rooms and their shapes.
• And third, it has to be “fun to use” with a “built-in musicologist.”

So let’s look at these key components of HomePod. 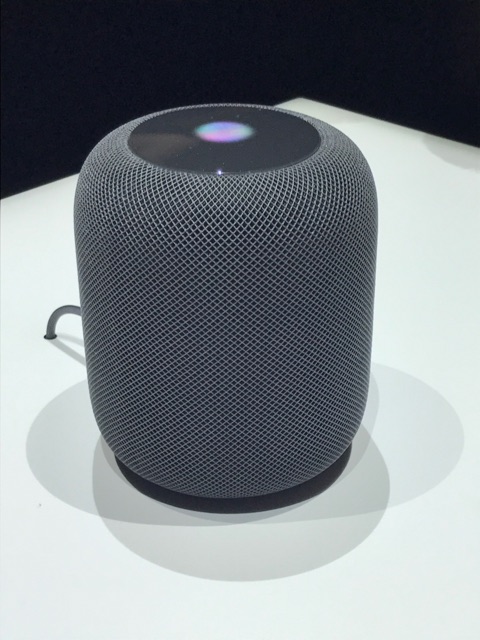 First, assistant speakers are pretty good at taking commands and giving feedback. But when it comes to playing music, they aren’t the greatest sounding experience. Apple looks to combat this with seven beamforming tweeters “that precisely focus the sound, from very narrow beams all the way to true, consistent 360º audio.” By aiming those beams throughout the room, Apple says HomePod creates an immersive sense of space no matter where you place it, or where you are. To give you this immersive feeling, the speaker needs to understand the layout of the room. And that’s where spatial awareness comes in.

Apple says you can put HomePod anywhere in your room (against a wall, on a shelf, in the middle of the room, anywhere) and it’ll automatically analyze the acoustics, adjust the sound based on the speaker’s location, and steer the music in the optimal direction. Spatial awareness is not unique to HomePod or Apple. Sonos has a similar feature called Trueplay, which also maps your room to give you an ideal sound from your Sonos speakers. But with Sonos you need to use an app on your phone, waving it around as you walk around the room to capture the space. So if HomePod can map your space without having to use a different device, it could be a much easier and more convenient setup. And while it may sound fantastic wherever you put it in your room, you’ll need to plug in your HomePod to an outlet. So unless you have power outlets in the middle of your room, or want a long cable stretching across your floor, it’s likely best to place it closer to your couch or your TV.

But doing real-time room modeling, sound distribution, and listening (to hear you over the music) takes some serious power. So the new HomePod features the same Apple-designed A8 chip that powers your iPhone. And that chip is powering more than the music—as HomePod doubles as your in-home intelligent assistant with Siri. It can answer questions and perform actions in popular categories like setting timers, getting measurements, weather and traffic, general knowledge, and more. It also works with HomeKit, so you can do things like turn your lights on or off, set the thermostat, and more with the familiar “Hey Siri” prompt. And it even acts as a HomeKit bridge, connecting you to your devices while you’re away using an iPhone or iPad. But unlike its data-hungry competitors, Apple says privacy is still its focus. Nothing gets sent to Apple that has any tie to you, and all queries are encrypted. 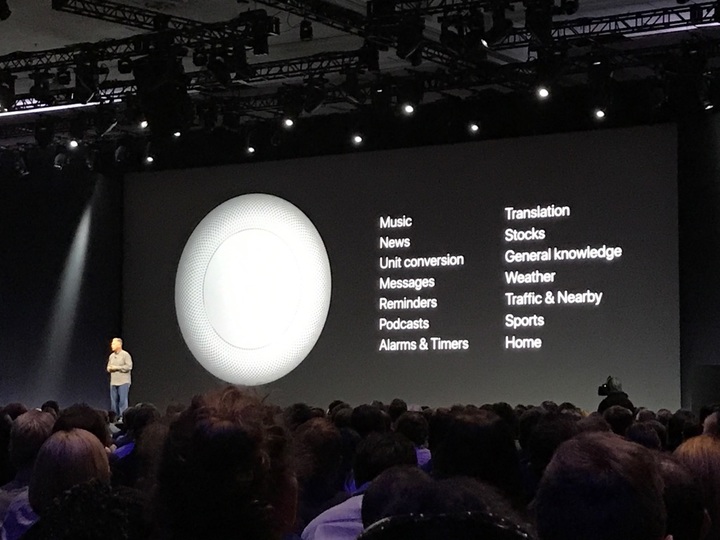 Lastly, HomePod’s built-in musicologist also uses Siri intelligence to “virtually access all the world’s recordings”—helping you listen to music using the Apple Music service. And based on what you say and what you play, Apple Music also learns what you like (and dislike)—so it can help you discover new music, too. But there was no mention of HomePod working with other music services, such as Spotify or Google Play Music. And since Siri still doesn’t work with Spotify, it may not be available on HomePod, either.

It’ll be interesting to see how Apple’s home version of Siri stacks up against Amazon Echo and Google Home out of the box. It probably won’t be as deep with its abilities right away, given Amazon and Google’s deep AI and information integration (not to mention a multi-year head start). But for most people (especially people who have lots of Apple and HomeKit-enabled devices), it’ll be more than enough to appease those who are looking to get into a smart home assistant but haven’t made that jump quite yet. 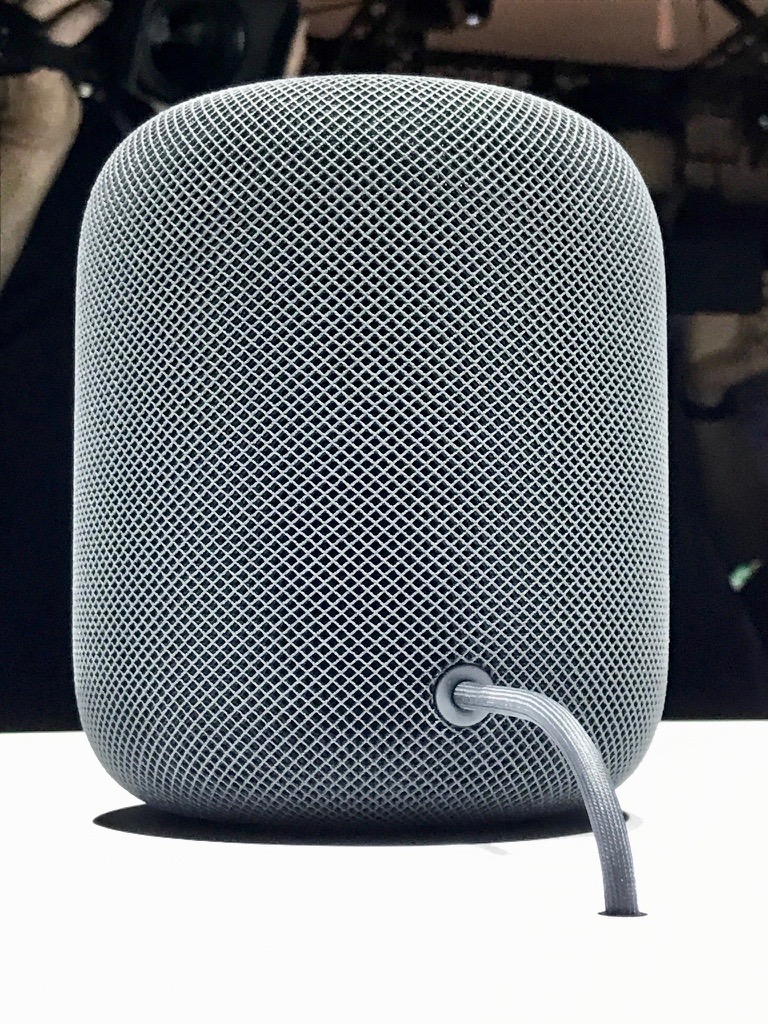 Another interesting angle is the price. Apple said that a quality home speaker costs between $300-$500. And if you look at smart home assistants, they range between $100-$200. So Apple feels that at $349, HomePod gives you the best of both worlds that’s well within an affordable price range—which coincidentally is exactly what a Sonos PLAY:1 ($200) speaker and an Amazon Echo or Google Home ($149 or less) costs. Granted, you don’t have the convenience of having one unit instead of two. And no one would argue that the Amazon Echo is the prettiest thing to have in your home. But for the same price, or much less (Amazon Dot is around $50), you could have great sound and a (presumably) much better home AI. But we’ll have to wait until December to see how HomePod stacks up against the competition.

For this and more news from WWDC 2017, check out our other posts.