When I worked in Apple Retail, we used to joke that Apple had so much money and so many peoples’ card details on file, that they’d eventually start a bank. A place where people could send money back and forth to each other over the phone. And today may have been the first step to that very thing—because Apple just announced Apple Pay for person-to-person (P2P) payments in iMessage. 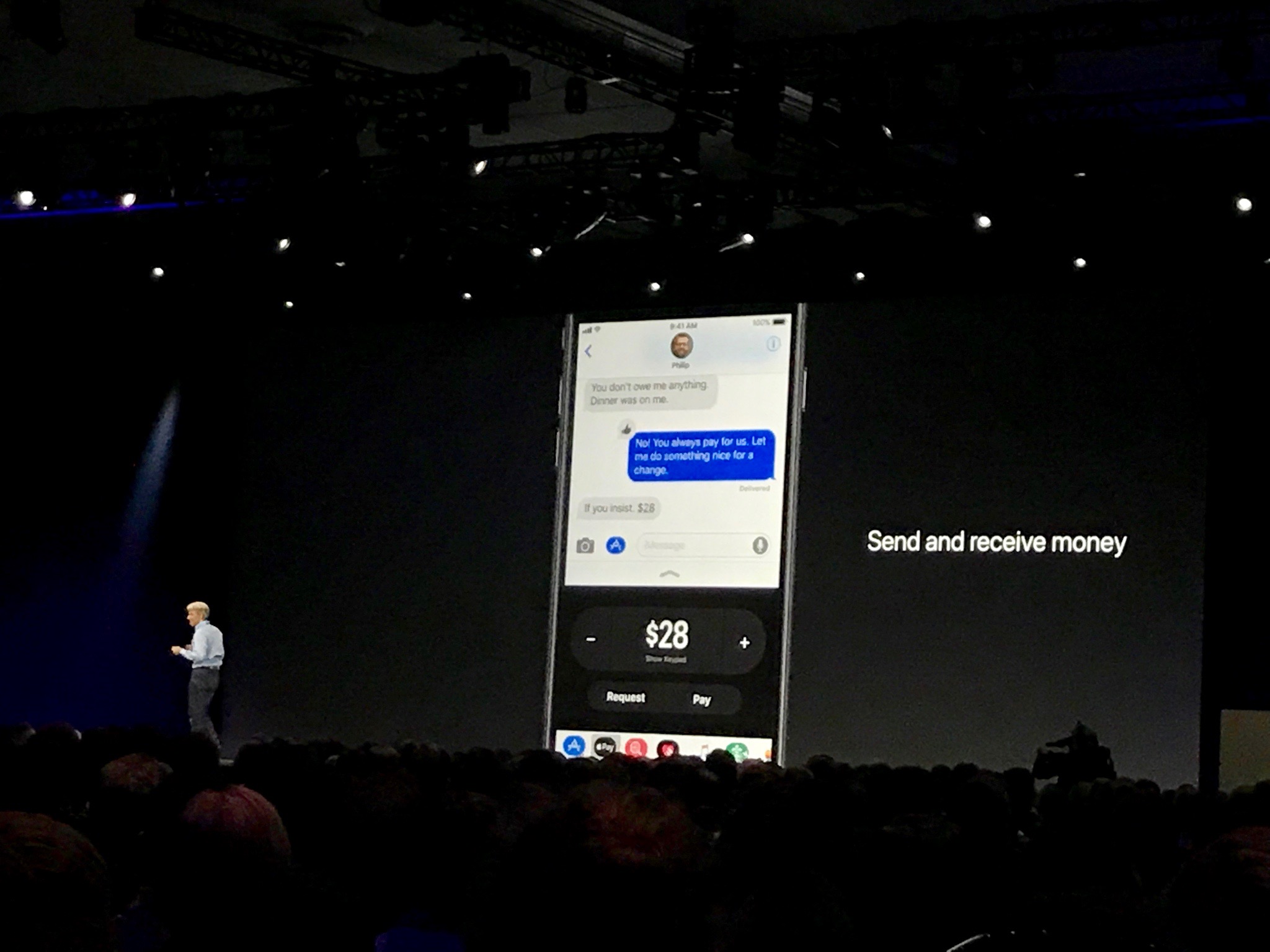 With this new way, it’s clear Apple is looking to take on more established payment apps like Venmo, Square Cash, PayPal, and even banks—many of whom have their own P2P offerings inside their mobile apps (ex: Chase Pay). The biggest difference (and possibly, advantage) is that Apple is building this feature directly into iMessage: the app you probably use more than any other app on your iPhone. As Apple puts it: “sending money to friends—and receiving it—is as simple as a conversation.” Since “convenience” is one of Apple’s core UI pillars, it’s unlikely you’ll see this feature as a separate app. If it were a standalone app, there wouldn’t be much differentiation between it and the other payment apps out there. 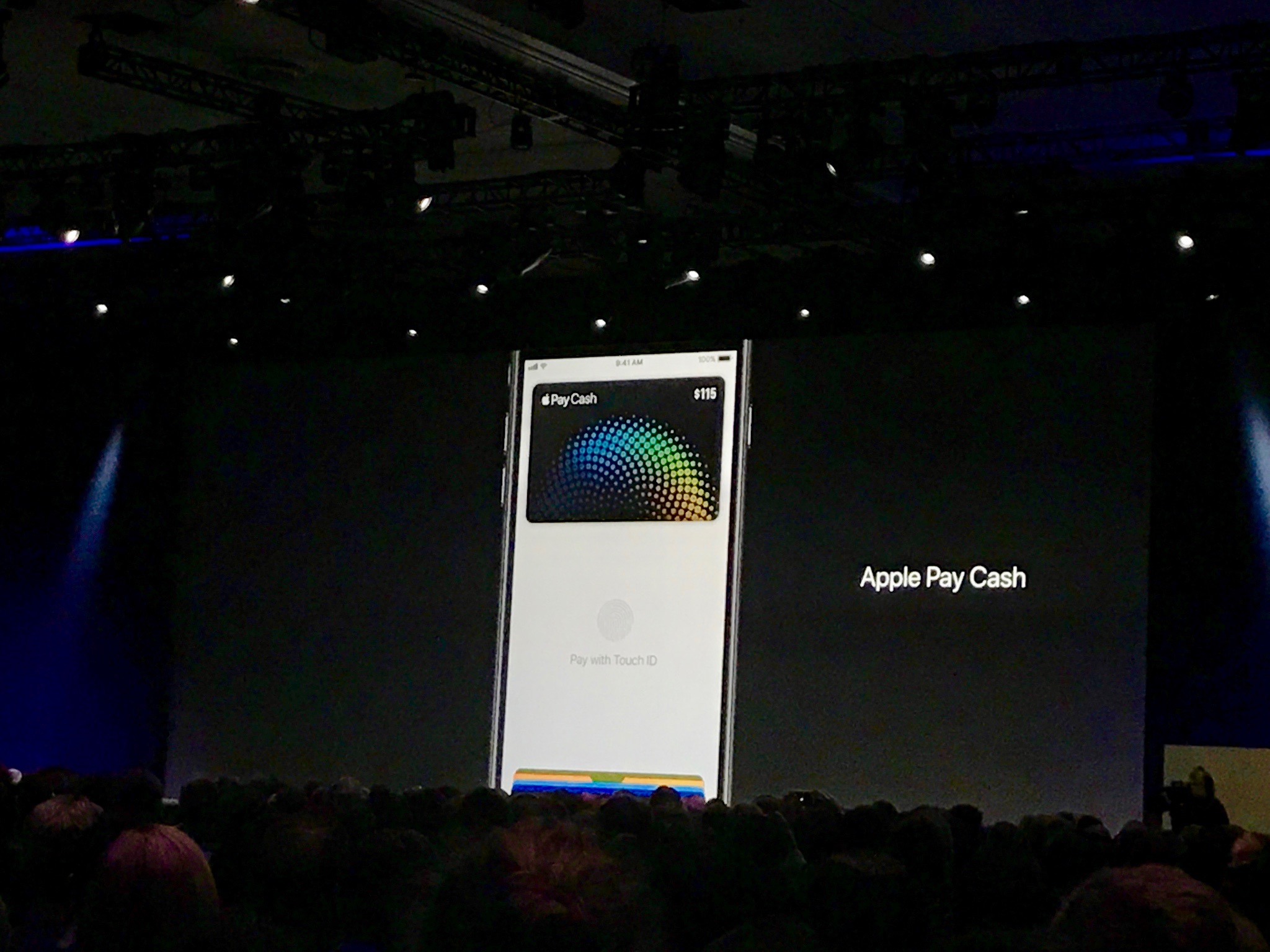 With Apple Pay in Messages, you can not only send money with your credit or debit card (securely, of course), but you can even request and receive money, too. And Apple introduced Apple Pay Cash: an Apple-based debit card inside Apple Pay. When you receive money, it’s automatically (and again, securely) kept in Apple Pay Cash. And it’s instantly available, so you can send money to someone else, transfer it to your bank account, or use it to make purchases in places that accept Apple Pay in store, online, or in apps. So if you’re someone who’s never felt comfortable with putting your card details into Apple Pay, here’s an easy way to still use the feature without handing over your information. Plus, this could be a great way for parents to give their kids money and teach them about bank accounts without having to open one (because let’s be honest… do kids want bank accounts?).

Person to person payments and Apple Pay Cash are available only in the U.S. (for now) and work with:

Apple Pay in Messages is available in iOS 11 when it releases this fall.