As originally reported by AppleInsider, AT&T-owned DIRECTV NOW is dropping support for watching its service using the Safari and Internet Explorer web browsers. Starting in June, the TV streaming service will only support Google’s Chrome browser. 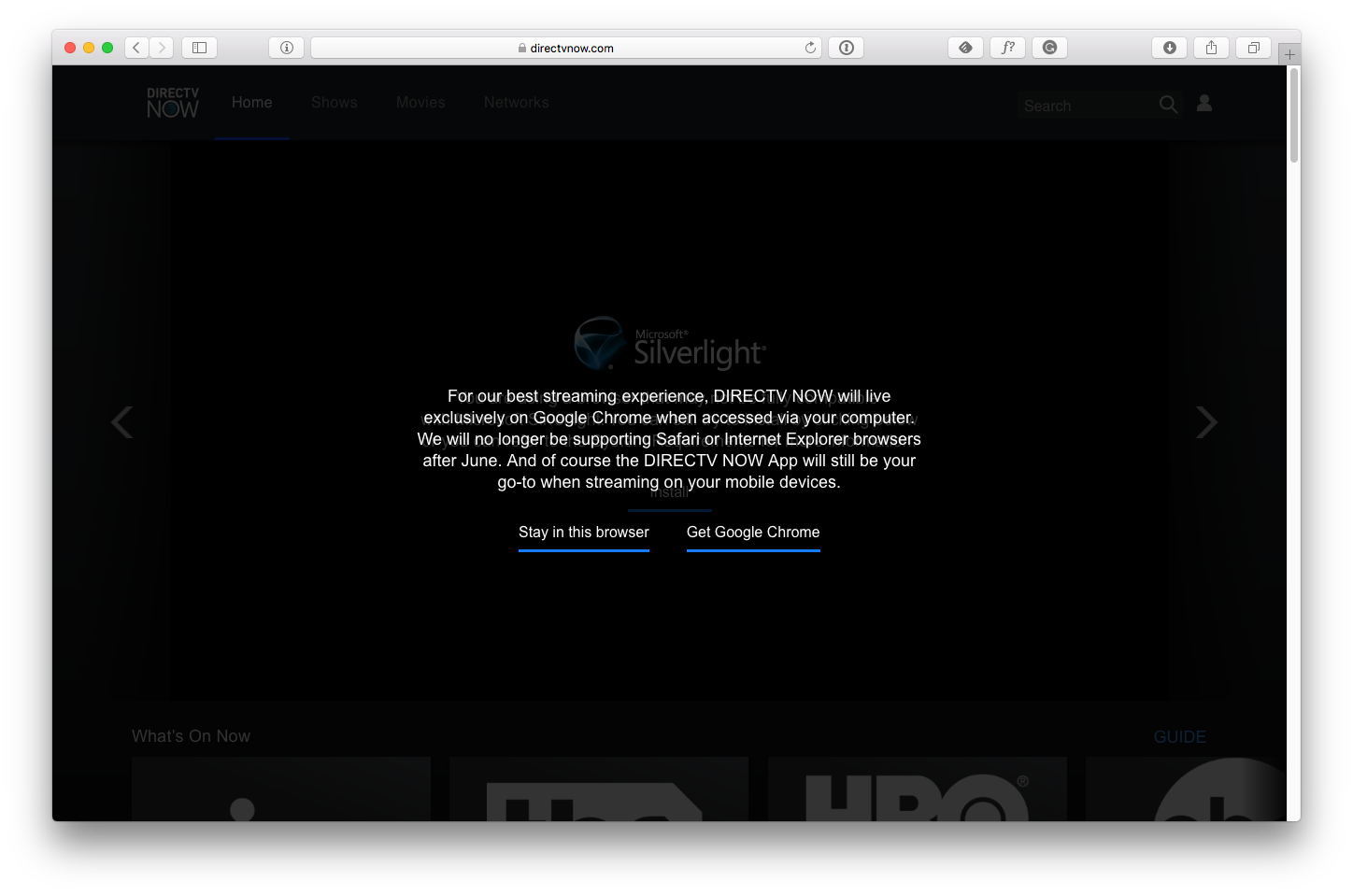 As of today, when users log in to DIRECTV NOW through one of these browsers, they’re greeted with the following message:

“For our best streaming experience, DIRECTV NOW will live exclusively on Google Chrome when accessed via your computer. We will no longer be supporting Safari or Internet Explorer browsers after June. And of course the DIRECTV NOW App will still be your go-to when streaming on your mobile devices.”

The message concludes with a link to download Chrome on your computer, or stay in your current browser (for now).

AT&T isn’t stating (yet) the reasoning behind this, but did confirm to AppleInsider that’s it’s accurate. What’s odd is that DIRECTV NOW is using a Microsoft service to play videos in its service (Silverlight), but they’re not supporting Microsoft Edge as a browser to watch those videos. The timing of all this is interesting, too—given Apple’s claims at their developer’s conference this week of the signifcant performance difference between Safari and Chrome. 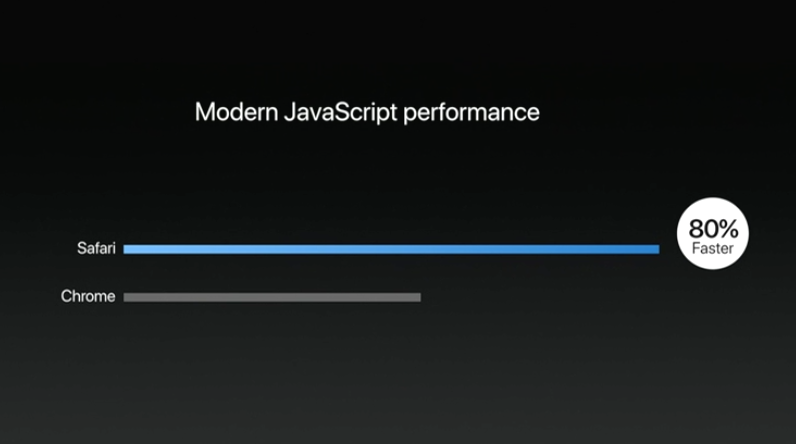 It’s too early to tell, but it’s worth wondering how this will affect their customers in the long-term. The service is primarily aimed at people watching using the DIRECTV NOW app on their phone or tablet, or on a TV using a media streamer like an Apple TV or Chromecast. But there’s certainly a large segment of people who love to watch TV on their computer, but don’t want to use Chrome. And for those people, it’s possible some of DIRECTV NOW’s competitors—like Sling TV, YouTube TV, Hulu TV, and more—might try to pry those customers away by giving them more options for viewing.