Every new version of iOS brings something new to iPhone and iPad users. Most of the time it’s new features, with an occasional visual change. But in iOS 11, the App Store is getting overhauled. And it’s not only a visual facelift but a significant change to app organization, with the separation of Apps and Games. 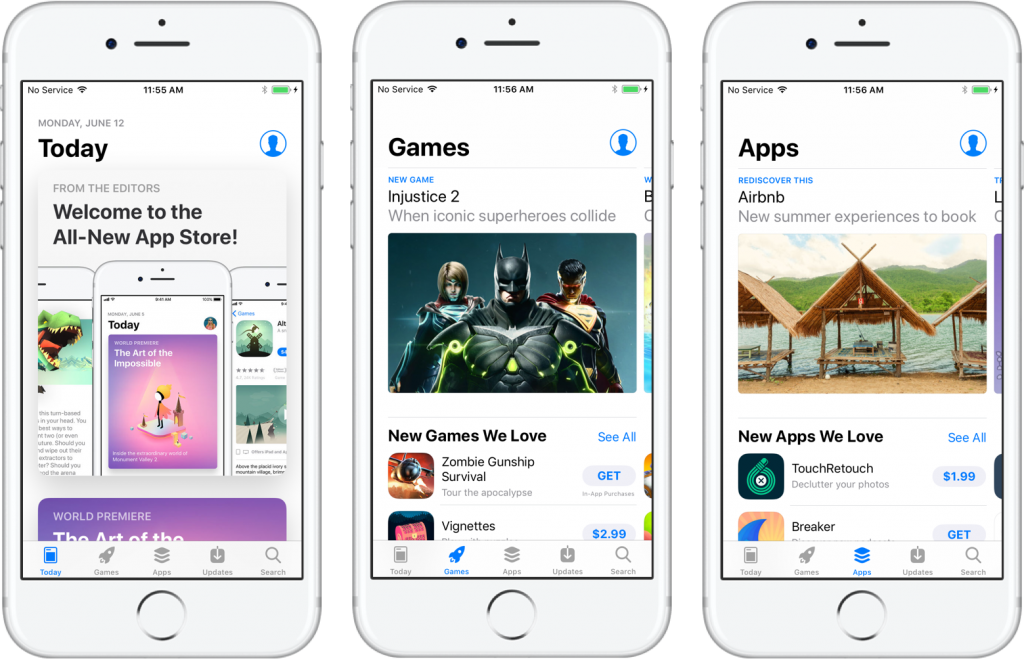 Why does this matter?

The App Store launched in 1998—one year after the original iPhone came out. Since then, it’s remained almost unchanged. But as iPhone has gained popularity, so, too has mobile gaming—so much so, that gaming apps overwhelm the top charts. And this makes it hard for apps that focus on other categories, like productivity, utilities, and more, to get seen by users. And if it’s not easily discoverable, there’s less of a chance of you downloading it.

Apple has heard the feedback and finally made the change.

On John Gruber’s podcast (or “pod”) The Talk Show, Apple’s Senior VP of Marketing, Phil Schiller, gave some insight about why they separated Apps from Games:

“Over and over again, every meeting with developers, what you hear is: discovery, discovery, discovery. Please help us with discovery. The rest of the stuff, we can deal with. We need more discovery. And so, there are a number of things in the new design for that—this is one of those, just separating the two. In addition, we have the most popular gaming platform in the world, now… and, so it’s nice to say let’s create a section dedicated to games, because we love games, and we want to be able to express that more and more.

And now having a place, it’s going to give us the freedom to start being more and more gamer-friendly, and have a dialog with gamers—and have the ability for app developers to not feel buried. And the number one with charts was: hey, I want to show up on the charts, I can’t get discovered there because all the hot games are showing up. By separating them, the one question was: would people understand games and apps. They’re all apps. Of course they will. One of the really important tenets we always have is: treat the customers as smart, not stupid. They’re smart. They’ll understand it.

While games are (technically) apps, it makes sense to give these separate sections. Not only will non-gaming apps get more attention, but it’ll help solidify Apple as an even more serious gaming platform—as there’s one, clear place to go for mobile gaming on iPhone and iPad. This should also help give more exposure to AR-based games and apps as they begin to become available. But most importantly, this change will help you to search for, and discover, brand new apps more easily. And since apps are what drive your experience with iPhone and iPad, this can only lead to you enjoying your Apple devices that much more.