Today at Google’s annual I/O conference, the company announced a huge new feature coming to Google Home: the ability to make phone calls with just your voice. And this isn’t just making calls from one Google Home to another. No, no, no… with Google Home you can make phone calls to actual phone numbers—both landline and mobile phones—in the United States or Canada (for now), for free! There’s nothing to setup. No apps you or the other person needs to download. You ask Google Home to call them, they pick up the phone, and you’re in the conversation. 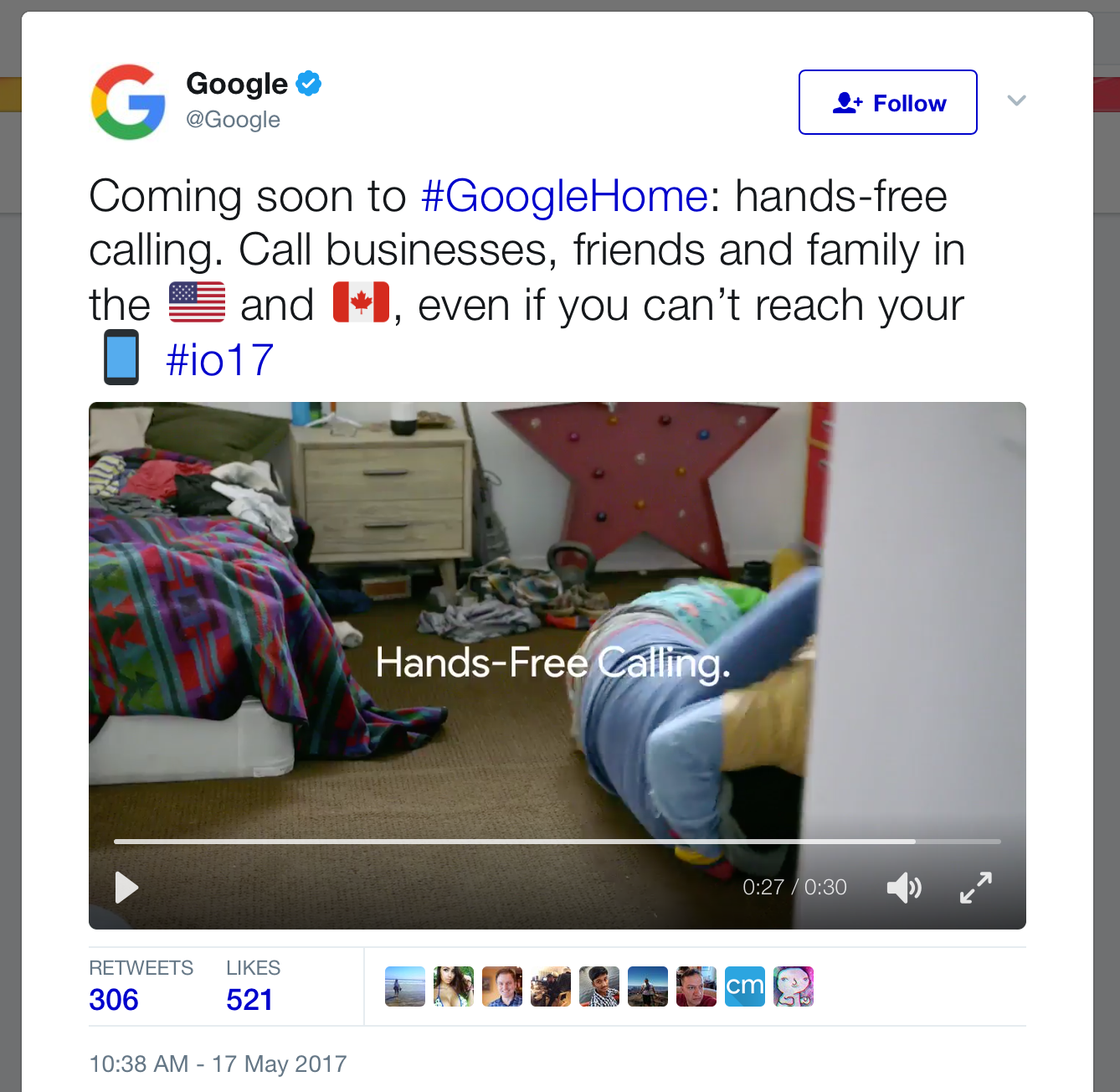 By default, people you’re calling will see a private number. But if you link your personal phone number to your Google Assistant, your phone number will show up—so there’s no “who the heck is this?” kind of worry from anyone you call. And Google is taking careful steps to not run into the same privacy issues Amazon had with Echo—by only allowing outbound calling (for now).

Google said the feature should roll out to Google Home devices over the next few months. So keep checking your Home app to see when this feature becomes available.